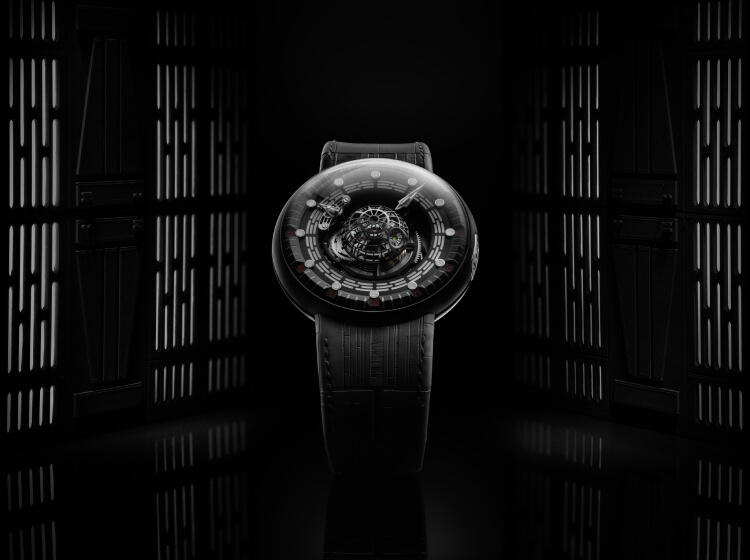 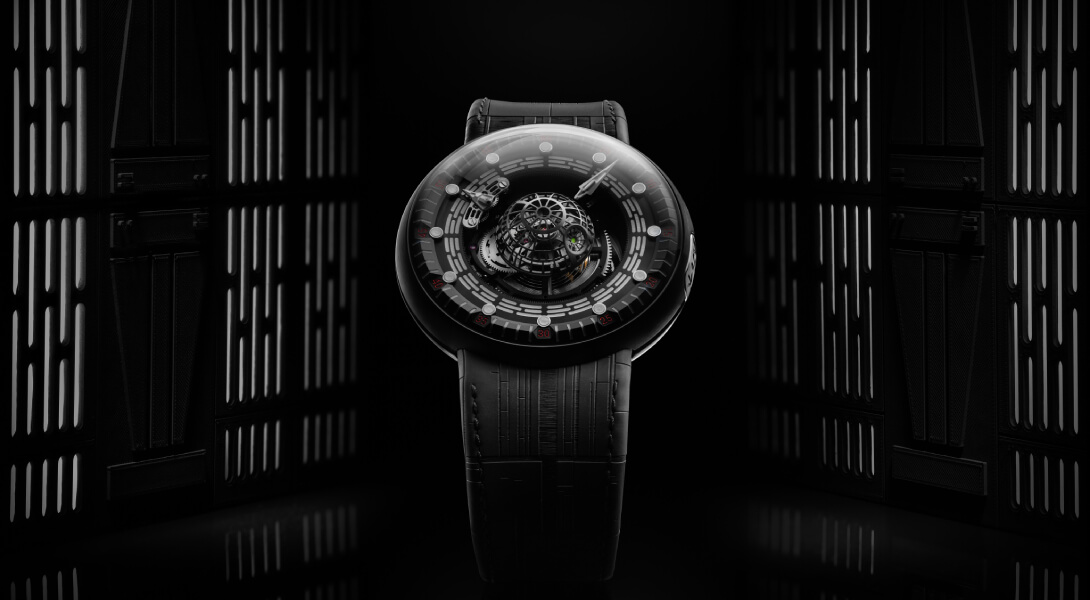 Each extremely limited-edition set is composed of a Death Star™- inspired Tourbillon watch and an authentic kyber crystal movie prop from Rogue One: A Star Wars Story, delivered in an outstanding Imperial kyber crystal container.

Kross Studio has achieved a stunning and significant milestone within just months of the company’s official launch, collaborating with Lucasfilm on this brand-new Star Wars™-inspired set.

The release pays tribute to the iconic Star Wars space saga, creating a 10-piece series of Death Star-inspired Ultimate Collector Sets, for those who savor Star Wars history as much as high-end design objects. Crafted to the finest standards of Swiss design and engineering, this set is the perfect companion for collectors.

Own a piece of Cinematic History

Kross Studio brings the emblematic power of the Death Star to life as the imposing design details of the mobile space station and planet-destroying superweapon is featured as the cornerstone of this new collection.

Each collectible set contains an official screen-used kyber crystal - the power source of the Death Star’s superlaser - as featured in Rogue One: A Star Wars Story. This marks the first time that authentic kyber crystal props will be released to the public as part of Kross Studio ultimate collector set and are an opportunity for die-hard fans to own a piece of the fascinating Star Wars galaxy. 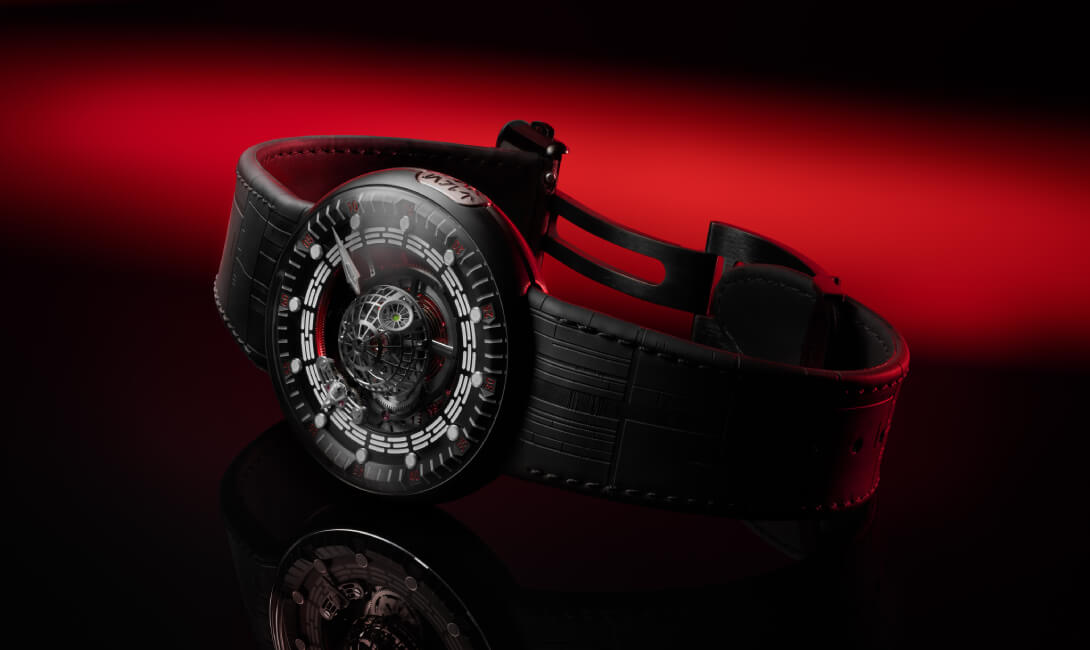 An eminent design object with an immersive visual experience

The powerful and precious nature of the crystals required them to be stored in armored crates for transport. Faithful to the film storytelling, Kross Studio conceived an official reproduction of those containers, made of wood and aluminum.

More than 700 parts were necessary to produce each container, scaled to half the original film dimensions of 3.94 feet long (1.20 meters). Fully hand-assembled and hand-painted, the containers embody the iconic saga story down to the smallest detail. Every aspect of these substantial art objects, like fine sculptures, have been thoroughly conceptualized and executed with immersive details that take the viewer into the Star Wars galaxy, from the electronic control panel to the backlit manifest panel inscribed in the Aurebesh language of the Galactic Empire. 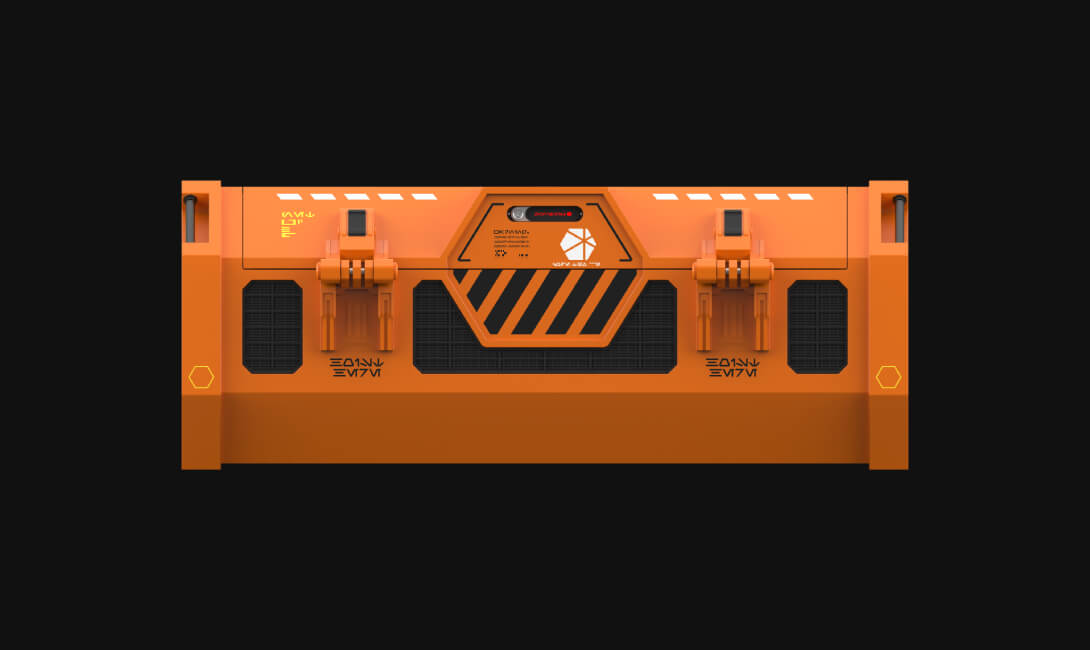 Inspired by the Death Star legacy

The Death Star-inspired Tourbillon watch itself tells us a great story of passion, craftsmanship and advanced technology. Notable technical innovations are highlighted such as the house-developed manual-winding mechanical movement that delivers a robust 5-day power reserve. The hands have been affixed to a peripheral display that orbits 360 degrees around the tourbillon. A traditional crown system has been replaced by an ingenious, inset push-button system. Kross Studio developed a D-ring shaped crown on the case back for winding the watch, stowed out of sight to help maintain the timepiece’s sleek, space-age styling. These clean lines are also preserved by cleverly hiding quick-release buttons on the underside of the case. This practical feature will doubtless be welcomed by collectors, allowing a quick change of the straps from the included calfskin leather strap to either of the two other included rubber straps.

Celebrate in our own Galaxy

Endlessly explore this beautiful design piece, where Star Wars iconography is subtly inserted to sublimate the whole, such as the esthetic Galactic Empire emblem and the push-button featuring an engraving in Aurebesh script - one of the most widely used alphabets in the Star Wars galaxy. Moreover, the hour hand takes the shape of an Imperial-Class Star Destroyer, the bane of the rebellion, while the minute hand appears as a Super-Class Star Destroyer, able to carry no less than 38,000 stormtroopers. At last, the fixed hours wheel, filled with white superluminova "blue emission”, is inspired by the lighting halls embedded in the Imperial vessels.

Only 10 of these Death Star-inspired Collector Sets will ever be produced, but their launch is just the first of more exciting Star Wars-inspired products to come from Kross Studio as they look forward to bringing the most breathtaking and immersive experiences to their fans and customers. 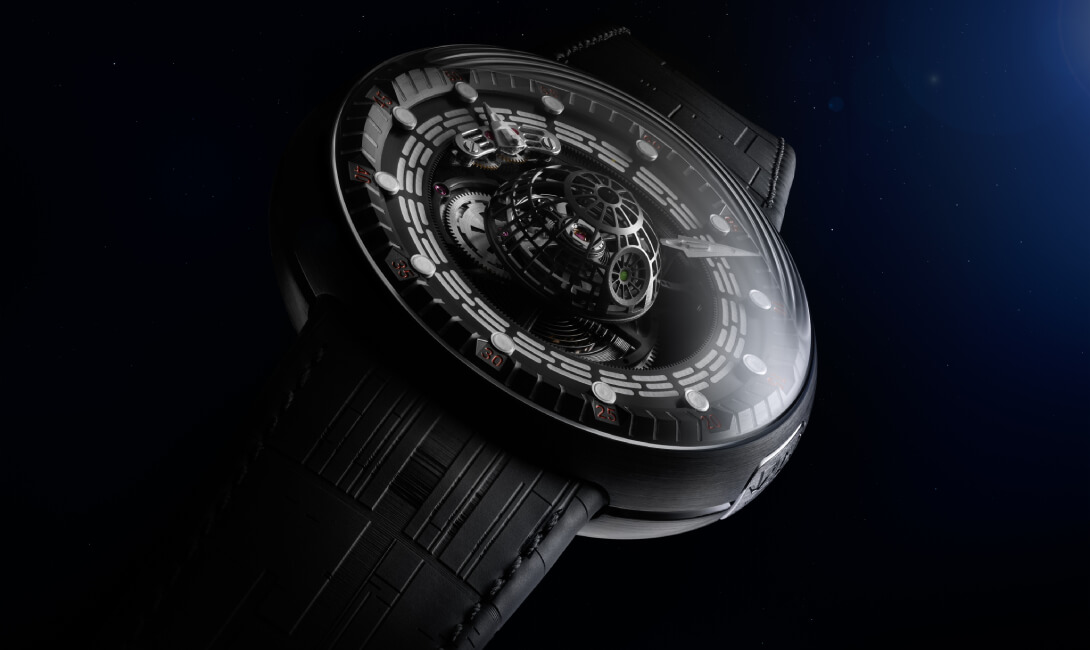 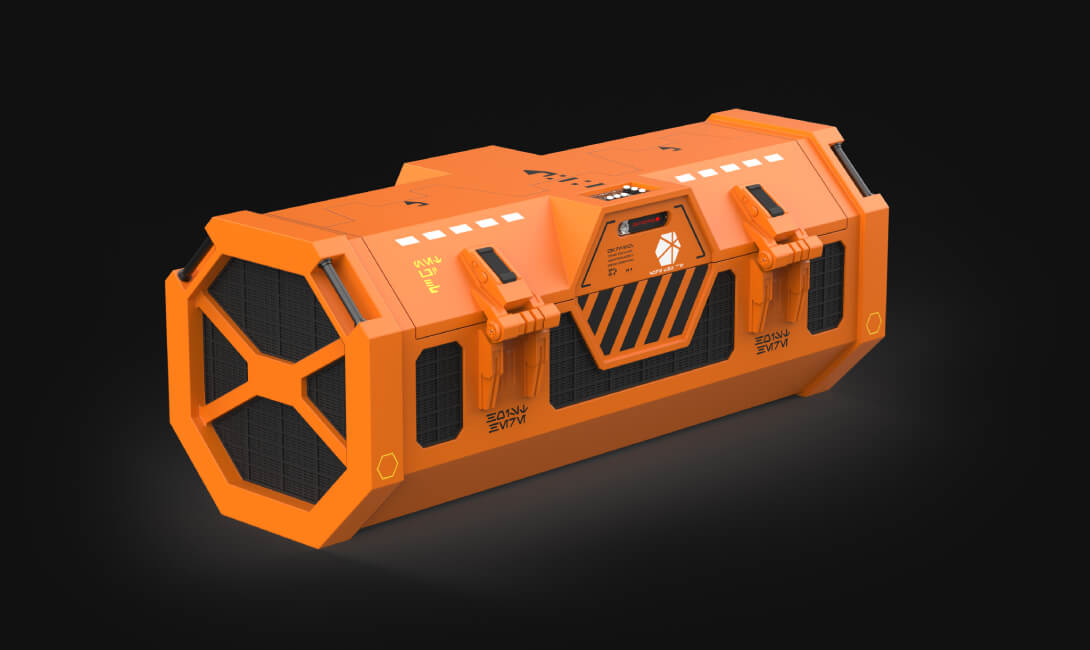 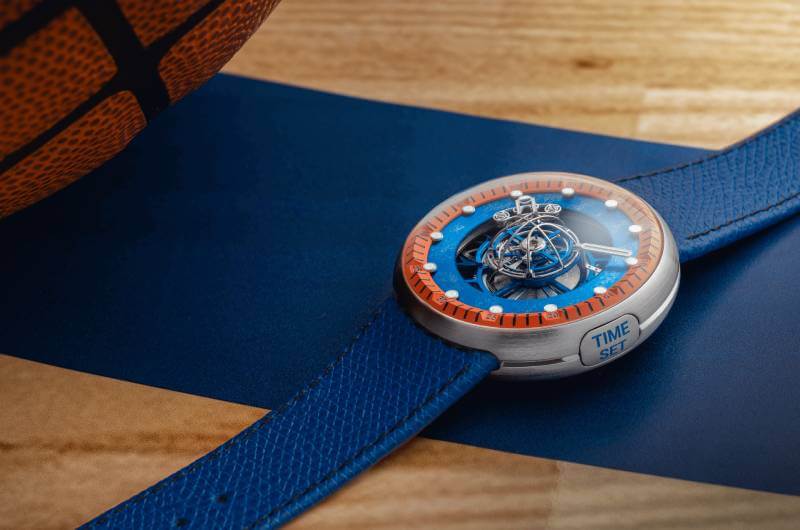 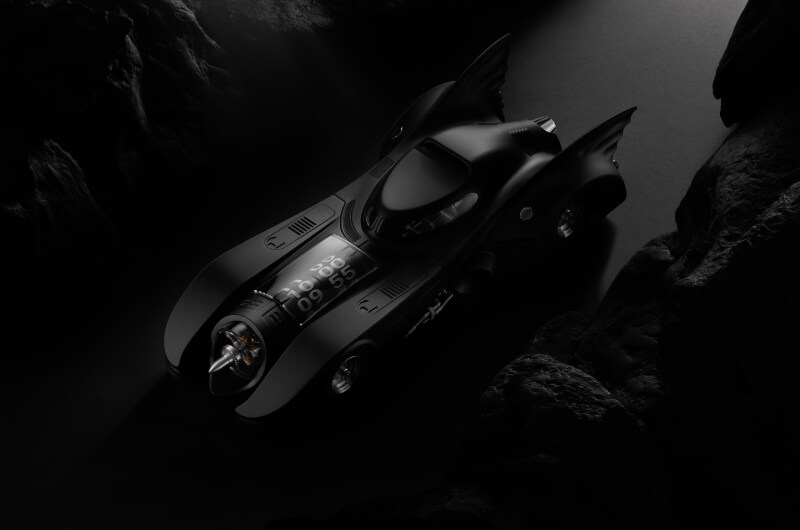